Money for Health: Medical Treatment Is Among the Most Marginal in the Country 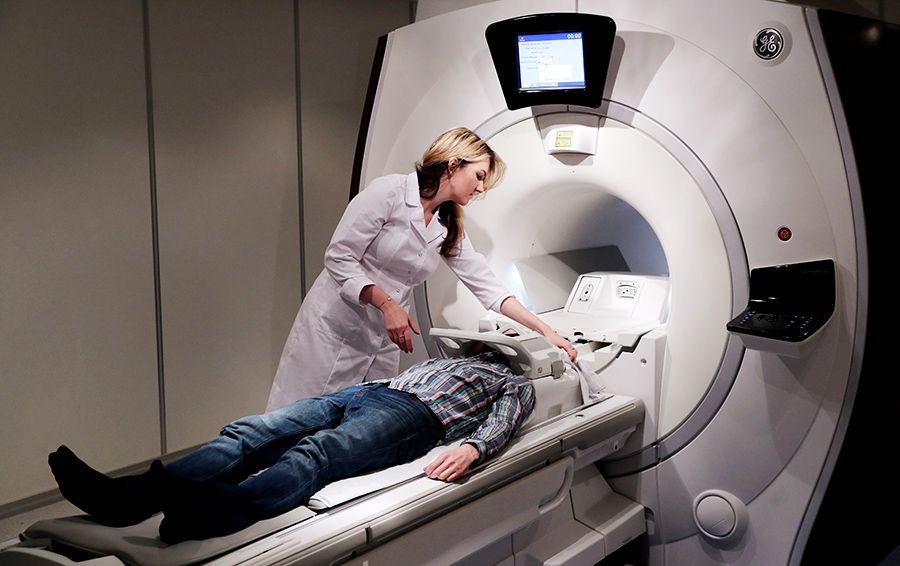 Photo: Artem Korotaev, TASS
Medical treatment market which has existed all the while mainly through public finance only starts to actively attract private capital. The potential of the healthcare market in Russia is tens of millions of dollars. In the general structure of healthcare expenses, medical assistance ranks first, exceeding approximately twofold the costs of pharmaceuticals and medical devices taken together.

In 2016, the market volume in Russia amounted to 2.2 trillion rubles, and there is good reason to believe that, by 2018, healthcare services will be one of the fastest growing segments of the healthcare market with a compound growth rate of around 9%. At the same time, the profit margin in the segment amounts to approximately 13%, following three other branches of economy with a top margin of 20.3%.

Historically, the state has been the main source of investments in the healthcare services market in Russia, while private investors have not sought a spot in this niche for a long time. It is still hard to say that Russia has formed a market for private medicine. The market share of the five leading private clinics – Mother and Child Group of Companies, Medsi, European Medical Center, Ava-Peter and SM-Clinics – does not exceed 7%. And the revenue of the largest player, Mother and Child GC, in 2015 amounted to RUB 9.5 billion, which is a tiny fraction of the volume of business of large Western medical institutions.

Nonetheless, investment behavior shows medicine becoming more attractive for private capital. The volume of private investments in the sector following the 2016 results amounted to approximately 26 billion rubles – a record-breaking figure for the market. Today the largest Russian clinics are expanding and creating networks in the regions. The first foreign investors are entering the healthcare market.

The keen interest of private capital in the medical care segment during a crisis is not unusual. The healthcare market is practically immune to cyclical fluctuations – demand for medical care remains stable even in macroeconomic turbulence. It is extremely attractive for investors, in spite of the fact that investments in medicine are long-term, with an extended payback period beyond the 4-5 year horizon.

Another powerful driver of investing in the segment is the huge deferred demand for quality healthcare in Russia that public financing can no longer fully satisfy. According to government forecasts, in the years ahead, the real growth of the CMI (compulsory medical insurance) market will remain at the same level as in previous years, while the demand for healthcare services in Russia will continue to increase, due to both the ageing of the population and the concomitant diseases and improved diagnostic methods. These are fundamental factors that boost the mid-term investment potential of the healthcare market.

The second groups of factors are subjective. Investors increasingly prefer high-tech segments (medicine is part of these due to R&D and changes to the regulatory environment) to backbone industries.

A real investment boom has just started in Russia in digital medicine. There is increasing interest in telemedicine, which makes it possible for doctors and patients to communicate electronically. Devices are appearing that allow independent health management and fewer visits to medical facilities. Since legislative changes were made, a number of telecommunications, hi-tech and financial services companies, both large and small, have launched telemedicine projects. A good example domestically is the Doc+ housecall service, which received US$5.5 million in investments from Yandex and the Baring Vostok Fund in 2016. In March 2017, MTS and Medsi entrance their entrance onto the telemedicine market, and in April Renaissance Insurance Group and the Nearby Doctor chain of clinics started remote medical consultations. Sberbank has announced its aspirations in the online medicine market and is currently in negotiations to buy the DocDoc medical provider search service.

Among traditional models of medical service, two stand out: outpatient (clinic) care and hospital care. Investor attitudes towards these segments have evolved over time. Historically, private medicine in Russia started by focusing on outpatient care. This is related to the considerably lower investment threshold and easily understandable working models that can be implemented in a relatively short time. All you have to do it rent the premises, equip doctor's offices, hire doctors and start rendering services. Today's leaders in private medicine started with those simple steps, and those clinics still dominate the market.

In contrast to clinics, hospitals require exponentially greater investments and time. As a rule, hospitals must be purpose built. For these reasons, you can count the companies in the hospital business today on the fingers of one hand. But now the situation is changing: with the clinic market becoming saturated, operators with outpatient models have started to think about introducing new models or enlarging existing ones. Since 2015, investments in the healthcare market have started to flow into the hospital section in particular: Medsi, Family Doctor and other companies are opening in-patient facilities. From the point of view of private bed, the market is gradually becoming more saturated, and further development of this segment can be expected.

A third important tendency is related to the digital component of medicine already mentioned. Healthcare consumers are becoming more sophisticated in access to technologies, forcing clinics to follow suit. Many providers are starting to think, for example, about how to use modern gadgetry to move patient treatment into the home, with more comfortable conditions and a reduction in the number of days a patient spends in a hospital bed. By the way, that is 12 days on average in Russia today, while it is only 2-3 days in the West.

Private investment funds, which seldom take a control stake in a project, and large non-core investors are investing most actively in the medical business. The latter use healthcare to diversify investments of available assets with a stable marginality level. Medicine also provides great opportunities for business upscaling: the first facility built can develop into a network of medical institutions in the future.

Public-private partnership is one of the most promising models for the implementation of investment projects in healthcare. And although there are no clear success stories in Russia so far, for various reasons, this format of risk sharing between a private investor and the state may be a stimulus for system wide modernization of the medical treatment segment in the future. The Moscow International Medical Cluster, which is being built at Skolkovo, is an example of this. The volume of public investment in the cluster is approximately 10 billion rubles, which is being used for the construction of the inaugural facilities – diagnostic and therapeutic wings and infrastructure. In total, the construction of up to 15-20 facilities (mainly specialized clinics) is planned in the cluster with leading international medical providers brought in as operators. The project requires the private investment of 90 billion rubles.

This type of model should stimulate inflow of foreign operators and investors into Russian medicine. This is due in particular to a special legal arrangement. In 2015, Federal Law FZ-160 was passed, which simplified the regulation system for the medical activity of foreign participants in the cluster and cut administrative barriers, which remain a considerable obstacle for large international clinics and hospitals in the segment. In accordance with FZ-160, clinics from OECD countries will be able to use procedures, technologies and drugs in the cluster without obtaining approval documents in Russia. Also employment restrictions will be lifted for foreign specialists.

Investment in R&D aimed at improving the quality of patient treatment may become an additional opportunity at the cluster for investors. For example, personalized medicine envisages the development of an individual treatment plan for every patient based on the peculiarities of his/her body, including specific genetic risks.

In 2015, the United Stated had already allocated US$215 million for the development of precision medicine. In Russia, personalized medicine is being developed as part of the "road map" of the HealthNet National Technological Initiative. Another promising area is translational medicine, assuming accelerated implementation of achievements in fundamental science, helping to clear the way 'from the research laboratory to patients'.

It is interesting that world-class medical institutions coming to Russia will not only satisfy the increasing demand for medical treatment, but can also have considerable social effect on the whole of Russian healthcare. The transfer of outside technology and quality standards will become a coherent process and will cause a renewal in models for rendering medical services, which is considerably harder to achieve using the internal forces of the system.