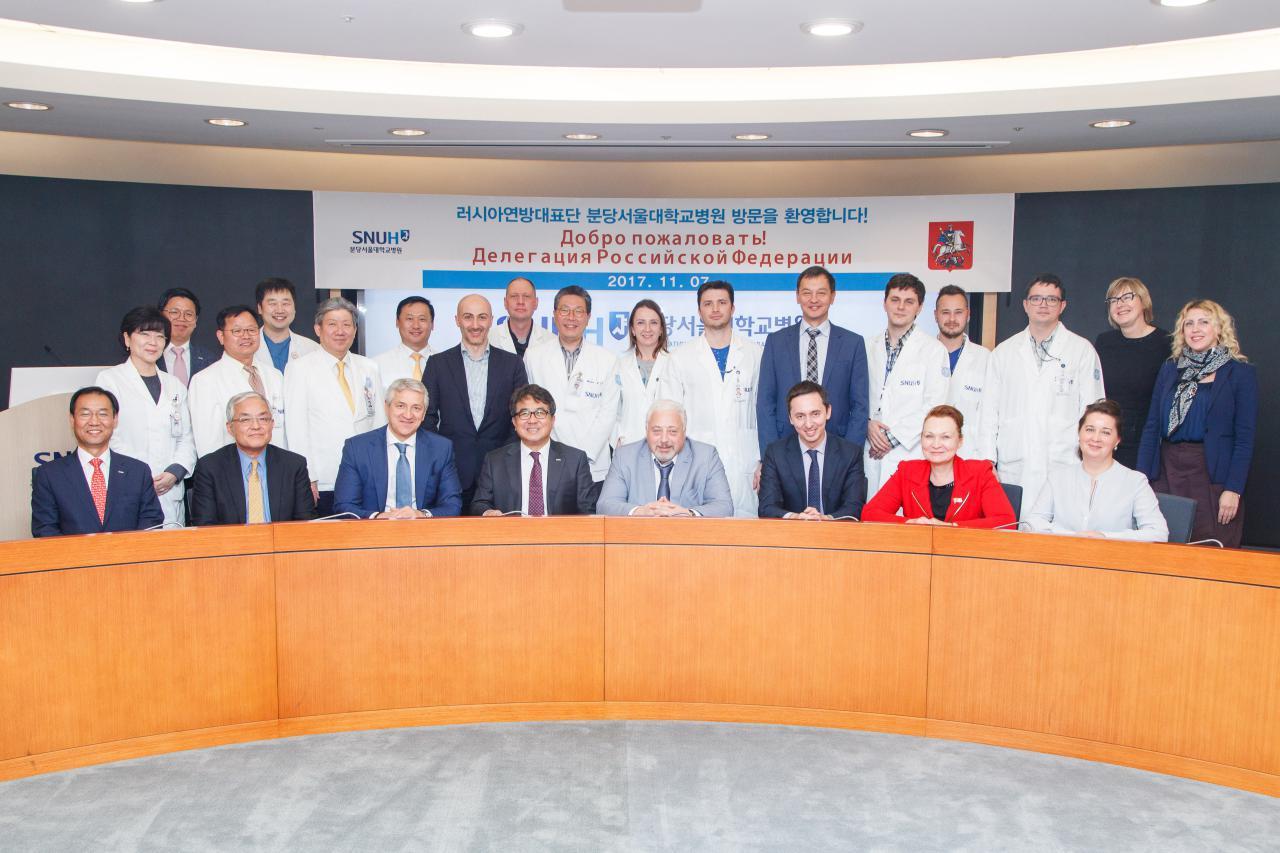 Source: TASS
Deputy City Mayor Leonid Pechatnikov believes that training alongside Korean colleagues will help Russian doctors to get an insight into the state-of-the-art methods used in medicine.

"The opening of a branch of the South Korean Bundang Hospital in Skolkovo will offer opportunities for Russian doctors to be trained in the most up-to-date treatment and diagnostics methods," said Leonid Pechatnikov on Wednesday to TASS, Deputy Mayor of Moscow in the Government of Moscow for Social Development, who has visited Seoul for experience exchange trip in the field of healthcare.

"We would like it to be not only a hospital, but also a training center, where we could send our doctors, who could undergo long-term training there alongside Korean colleagues and then implement this know-how in their work in Moscow and other regions of the Russian Federation," said the Vice-Mayor.

Mr. Pechatnikov noted that currently Russian doctors also go on training trips abroad, but the terms of these training programs are limited to a couple of weeks, which is not sufficient to get a good grasp of the subject. According to the Deputy City Mayor, the opening of the branch of the modern South Korean hospital in Skolkovo will help Russian doctors to get an understanding of the "most up-to-date methods" and other approaches to medicine, that are different from those we use domestically.

A construction of the Moscow International Medical Cluster is underway where there it is planned to open clinics from Israel, South Korea and other countries from across the world. The hospitals there will be able to operate under their own laws: they will be given the right to hire foreign doctors and use medical equipment and medicines that have not been registered in Russia yet. About half of the staff will consist of Russian doctors.